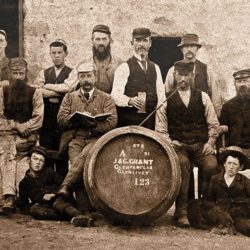 A Brief History of Whiskey (with recipe) Making whiskey is not all that complicated, however it’s development was centuries behind beer and wine. No doubt about it whiskey was late to the party. Humans figured out the process of distillation around the 10th century, but it wasn’t until the 13th century that wine was distilled[…]